Where Can I Get T-Shirts Printed in Kansas City?

Where can you get t-shirts printed in Kansas City? At Rival Screen Printing, of course! We have endless silkscreen printing possibilities, the best customer satisfaction in KC, and the fastest turnaround times you’ll find anywhere, guaranteed. Not only that, but our shirts are beautifully printed on the highest-quality fabrics and they are going cheap!

We’re so confident that you’ll love what we can do, we offer you the lowest prices around and a 100% money-back guarantee on returns with no questions asked. We take pride in what we do, and what we do is take care of you, the customer. If you aren’t happy, we aren’t happy; it’s just as simple as that.

Don’t worry about delivery, because we’ve got it taken care of. No matter how big your order is, we’ll have it delivered to your door within three business days. We also have no minimum requirements for orders, so even if you only need two shirts printed we still want your business. A shop like this is hard to find, but you can rest assured that Rival Screen Printing will take care of you.

Rival Screen Printing is the place to be when it comes to customized t-shirts. You can browse our website to see the endless design possibilities and apparel choices that we have available to you, from vintage to trendy or just plain and simple, we have what you are looking for. Contact one of our in-house artists by calling us today and we’ll help create your vision on a wearable canvas!

The Royals franchise spent the last two seasons coming in number one MLB wide in t-shirt and other team merchandise sales, and rightly so.

When a Major League baseball team wins the pennant, and then later the World Series Championship, it always boosts not only spirits and morale in a city, but also revenues, citywide, and across several industries - t-shirts, apparel and merchandising are one of the first and foremost that benefit.

How amazing was it for Kansas City Royals fans to see their home team go two years in a row to the World Series, the second time coming home with the "Mother of all Baseball Trophies"? All during fall of 2015, Royals fans did their city proud by creating an ocean of royal blue t-shirts and other Royals apparel to show their team love at games, social media and throughout their everyday lives!

Immediately after this grandest of occasions, the Royals, who had not been in a World Series since 1985, held a celebration for the city, and some 800,000 Royals fans flooded the front of Union Station and surrounding streets with a new ocean of blue, this time consisting of Royals World Series Championship t- shirts.

All during the season, leading up to the pennant race, and afterwards when the Kansas City Royals defeated the New York Mets in the World Series, retailers all over Kansas City had a hard time keeping Royals t-shirts and paraphernalia in stock.

Don't forget about teen popstar Lorde, and her iconic song, "Royals" - one of her top viewed and shared images is one of her wearing a Kansas City Royals t-shirt - retired KC Royal George Brett sent her a Royals jersey, as well. Queen Elizabeth of Great Britain has also been photographed various times during the past two years sporting some sort of Royals t-shirt, jersey, or some article of clothing or other with the familiar Kansas City team's logo prominently displayed.

Even though every fan's Royals gear was still quite new from the 2014 pennant and World Series run excitement, t-shirt, apparel and other team merchandising sales were expected to be way up in 2015.

According to the Kansas City Star, each year, conservative estimates for MLB merchandising sales total between $150 million and $200 million annually, or roughly somewhere between $5 million and almost $7 million worth of t-shirts, pennants, posters, and other items.

Actual numbers and sales of total t-shirts and other team merchandising products are difficult to nail down, considering all the many venues where t-shirts and related team items are made available. Many unofficial and unlicensed channels are also available for such merchandising sales.

2016 promises to be a booming year for Royals t-shirt and merchandising sales, especially if the Royals take things all the way to the World Series Championship again. Some of the Royals' key players will not be rejoining the roster this year, but nevertheless, Kansas City fans are excited for another roller coaster of a season!

Short Answer?  Building their brand recognition, of course!  And you can, too, no matter how big or small your business is, no matter how long you've been around!   You want people to recognize your logo, you want them to know who you are and what you do at a glance!  That's why Fortune 500 companies invest in custom t-shirts, and other personalized promotional items.

Here are five reasons that highly-performing companies invest in custom and embroidered t-shirts, and other recognizable items.

How many times have you looked at a sharp-looking logo on a fashionable jacket or t-shirt, and wondered who the company was, or what they did? Maybe you've been approached by someone about a custom company t-shirt, hat, duffle bag or jacket, and asked about it.  "Who are they?" "What do they do?"  As a business person, you certainly want people talking about you - you want to create your own buzz.  Customized apparel, particularly screenprinted t-shirts are the best way to get your name and logo out there for the world to see.

It's also a great way to get feedback from customers or potential customers... "You guys should do... a, b, c..." Custom screen printed t-shirts are great conversation starters, and a great way to make your name and logo recognizable.  You never know who you might see walking around with your company's logo on a custom t-shirt you've designed and printed for distribution. Fortune 500 companies know how to build their brand, and you can too!

Everybody loves free stuff. A custom embroidered or screen printed t-shirt is a great way to do something nice for a customer, and a great way to get them to remember you, and to help your business grow. No matter what your budget, you can build and nurture your customer relationships, and pave the way for future new customer relationships with custom t-shirts and customized promotional items for your customers. All savvy business people love cutting costs, so that you can have more to invest back into your business, but don't forget about custom promotional t-shirts and items for customers!

For the same reason that sports teams wear uniforms to help create a sense of unity and pride, custom company t-shirts and other embroidered or screen printed apparel are to help team build and create an ongoing and mutual sense of motivation and excitement.  This is a great team building strategy that Fortune 500 Companies use.  You get riled up to see your team win! No matter if you're going through boom or bust, people feel secure when they have a strong sense of camaraderie among their fellow team members, and it helps them feel proud about what they do, who they are, and gives them a sense of belonging.

You want to create a great impression among your customers, your team, and build bridges to future business with potential customers. You want them to know you're there to help them with their needs, and that you and your team have fun!  Custom t-shirts are fun, as is wearing embroidered custom company apparel, and enjoying custom designed promotional company items.

It's a more than worthwhile investment.

Spinnin' in the Rain

This is job dedication incarnate. 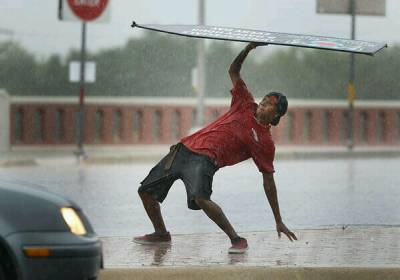 This devoted AArrow Sign Spinner was recently photographed spinning his sign in the midst of what looks to be a heavy rainstorm. He’s proudly wearing his red AArrow polo, printed courtesy of Rival Screen Printing. Although it’s raining in the photo, we can still clearly read the company’s name printed across the left chest, which speaks for the quality of our printing here at Rival.

AArrow Sign Spinners are frequently shared via social media because of their spinning skills. They take sign spinning to a whole other level, often caught breakdancing or doing other kinds of acrobatic feats all while keeping their grip on those huge signs. The Spinners are also admired because they work in the heat, the freezing cold, and as we can tell from the picture, the pouring rain.

The main objective of any AArrow Sign Spinner is to draw people in. They want people to take notice of what they are doing, and most importantly, read their sign. This is how they draw people in and find customers for whatever business they are promoting. It’s a clever way to advertise any store or business in need of foot traffic. 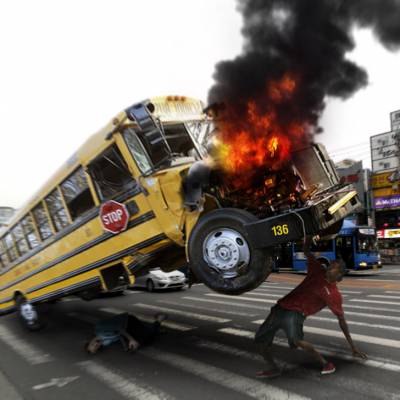 Apart from the signs they spin advertising a business, AArrow Sign Spinners sport their signature red polos or hoodies with the AArrow logo printed on the front. The white ink stands out on the bright red fabric, and it’s easy to tell who these guys work for. We also print the telephone number of the regional company on the back of the shirt in large lettering to let people know what number to call if you’re interested in hiring AArrow to promote your own business.

AArrow Sign Spinners represent a modernized way of advertising businesses in need of foot traffic, and Rival Screen Printing is proud to have been their supplier since 2012.

Make and Design Your Own Personalized Shirts in Kansas City

Have you ever wanted to make and design your own personalized shirts, but been too afraid of the cost? Well, stop worrying and start creating because Rival Screen Printing is right here in Kansas City! We are the most affordable print shop in the area and our customer service sets us apart from the rest. Of all the places to order your own customized shirts, we are the best option because we set no limits for minimum orders and we have super-fast delivery times.

Our informative website makes it easy to start visualizing your new t-shirts. All of our blank canvases are available for browsing online. You can choose from sleeveless tees, tanks, hoodies, jersey-knits, performance wear, and more! Most of our apparel choices are available in a wide range of brands, colors, and sizes. From classic to vintage, small to oversized, and sportswear to business-casual, we have everything you’re looking for.

Whether you’re in need of only two shirts for personal use or two hundred shirts for your entire company, we will take your order very seriously and have it delivered to you within three business days. If you aren’t satisfied, we offer a 100% money back guarantee on all returns. You won’t find another t-shirt printing company like us, because we were designed with your needs in mind.

Contact us today to find out what all the hype is about. Rival Screen Printing is ready to take you to the next level of personalized style. Our customer service is flawless and our prints are beautifully executed. We can’t wait to start turning your visions into a personalized fashion!